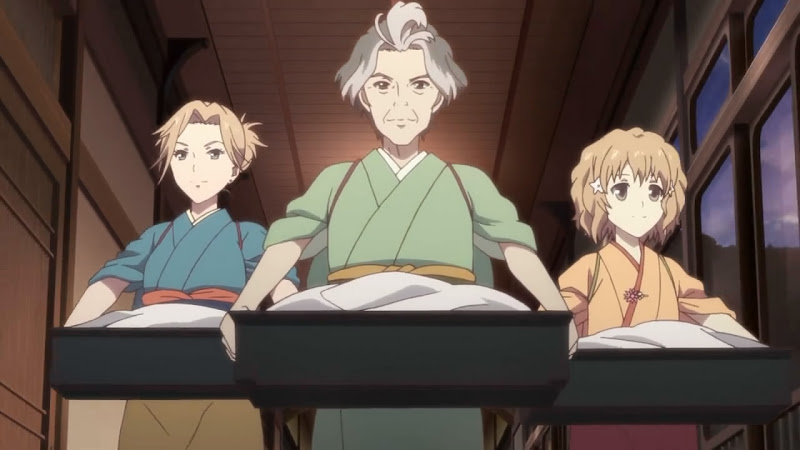 I’ll always remember Hanasaku Iroha as an anime captured my attention through its beautiful scenery and style. One cannot disagree that the series has one of the most gorgeous settings, with attention to the detail. But that’s not what makes an anime worth watching.

I won’t deny that it is the stunning artwork that I picked up Hanasaku Iroha. But it is the curiosity to know what happens to Ohana that got me sticking around. Sure, I didn’t follow the series on weekly basis but it’s never far from my mind. I kept count the number of episodes aired, and catch up whenever I could. And finally, I caught up.

For those who don’t know, Hanasaku Iroha follows the journey of a city girl sent to live with her grandmother at the rural area after her mother decided it was much more exciting escaping the debtors with her then-boyfriend. Ohana’s dream of happily living with an imaginary sweet grandmother near hot springs was soon crushed when her actual stern grandmother demanded her work at the inn in exchange for accommodation and food. Normally, people would be sour and cursed their bad luck for being thrown into such a dire situation. Ohana, on the other hand, accepted the position she’s at and maintain her contagious bubbly positive attitude throughout the show. 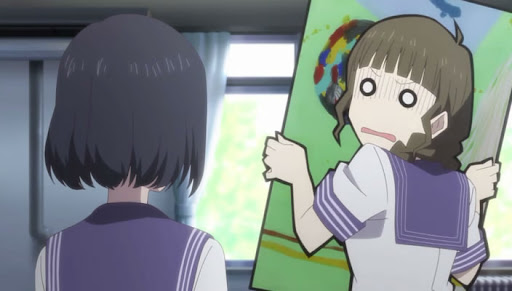 I once wrote about Ohana’s lack of character development. That’s cuz I’ve always viewed this series as one that will document Ohana’s discovery of herself. After watching that last episode and I thought, hey it wasn’t so bad. Ohana did finally know what she wants. In life. In relationship. I reckon the voice actress did a great job in creating such a lively character. She made it easy for anyone to like the cheerful, energetic personality of Ohana.

As an anime with high school girls, it has to have some who-likes-who situation no? Hanasaku Iroha has its shares of those. Speaking of which, I have a feeling I’m the only KoXOhana, TohruXMinko shipper. As it turns out, I got exactly what I wanted. Well, maybe not exactly but they’re heading towards that direction. On the other hand, I must say I was a bit surprised at a Einichi and Takako pairing. I mean I kinda know Einichi feels something for her but I didn’t know the feelings are reciprocated. It’s hard to tell through her tough demeanor, workaholic attitude and whatnot. I didn’t like Takako at first but after seeing she worked so hard to keep Kissuisō, I kinda changed my mind >.< Come to think of it, we don’t have a lot of weddings in anime huh? So this is good. 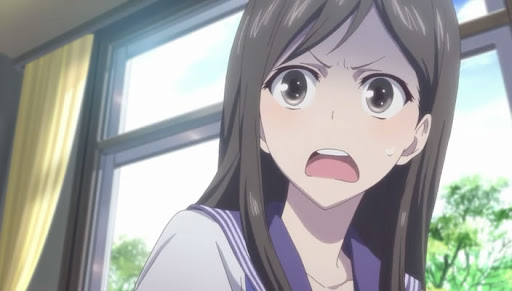 One thing I’d love to highlight for this series is the portrayal of strong women. With some of their ugly characters/behaviors/attitudes aside, both Sui and Satsuki and even Minko can be perceived as examples of strong women. The pair of mother-daughter has a career of their own, know what they want and go after it, and constantly persevere. I love it when Sui said that women of Shijima never give up easily, and that she successfully courted Ohana’s grandfather after several attempts. Haha. I’m sure Ohana inherit these qualities too. Some, if not all. As for Minko, she has realized she wanted to be a chef at a tender age and actually goes for it despite protests from her parents. She had dedicated her teenage life perfecting her skills. She might be a lot of people’s least favorite character, but she’s one of my favorites from this series.

You know, I was constantly worried that Hanasaku Iroha would be predictable and end in some of the different endings I’ve imagined. In the end, the series ended in a way I least expected. I can’t say I like the ending very much but it did say what is required. What do you think?