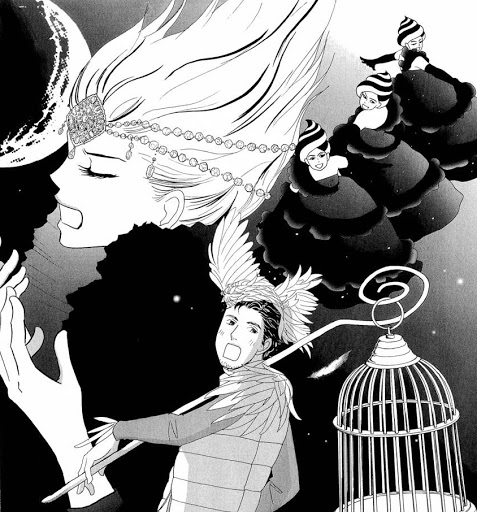 It’s been a while since I’ve written a post about manga. Today, I’m going to talk a little about Nodame Cantabile Opera Hen. For me, reading this is a must because I really want to know what happens to Chiaki and Nodame after Nodame made her debut as a pianist. Besides, I’m a huge fan of Nodame Cantabile series! I think that alone is a good enough reason for me to pick this up and read.

As the name of the manga suggested, this time around Chiaki wants to advance his career a step further by conducting an opera performance!  Now, now, I know nothing about opera. The only thing I know about opera is that it is a theatrical performance involving high pitch singers and orchestral music. Because of that, I can’t fully appreciate the effort in trying to deliver what’s like to understand and emerge oneself in the world of singing and acting. Mine-kun seems to be doing a great job in expressing the emotions of the play though and in his (flashy) way as usual. 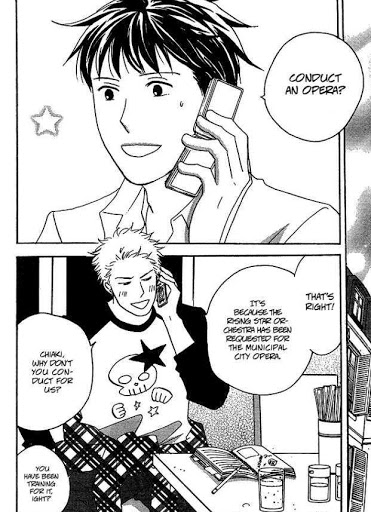 What I can do is talk about the characters. At the start of Nodame Cantabile Opera Hen, Chiaki was seen longing to conduct an opera performance. What’s a better way to do that than to start his opera conducting career with Rising Star Orchestra, the very one that helped launch his career. The one thing I like about Chiaki is he doesn’t mind where and with whom. As long as he gets to conduct he’s there. He’s that passionate about what he does. But of course like the old Chiaki we all know and love, he’s strict and keeps rushing ahead, dragging everyone along with him. It’s like there’s an “Akuma Chiaki” forever resides within him and will be unleashed when under pressure. He seems to be better at controlling himself this time around albeit not without a few ugly incidents. 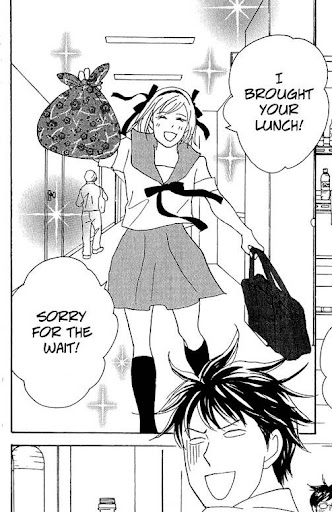 And here we have Nodame cosplaying what appears to be Suzumiya Haruhi. Haha. Nodame made her Europe debut so it’s now the time to make her Japan debut. Apparently, she has become a worldwide sensation. A lot of people around Japan has come together to watch her performance. I like that. She finally has the same level of recognition as Chiaki. Something I think she deserves. Nodame has come a long way after all. Starting her professional career late but with tremendous amount of talent, she has finally caught up with Chiaki. I’m happy to know she’s enjoying her performances. I’m even happier to know her two big wishes were fulfilled in this sequel.

The relationship between Chiaki and Nodame has improved. Immensely, I might add. Chiaki has somewhat learned his lesson and appreciate Nodame a little bit better. The funny thing about their relationship is how they often drift apart and then come right back together again, often stronger than before. Besides Chiaki and Nodame, readers also get to read just how far Kuroki and Tanya’s relationship has progressed. This was one of the most interesting parts because we’re looking at a cross-cultural relationship here. The reactions from friends and family were priceless.

I really want to see this whole opera arc animated. I think it’s going to be fun because there is lots of really good stuff here. For starters, the best characters of the series are present together. We’re looking at Nodame, Chiaki, Mine, Masumi, Kuroki and Tanya. Besides, it offers a fresh look on the whole orchestra scene by adding singers and theatrical acting. There is much to look forward to when it comes to Nodame and Chiaki’s relationship. Most importantly, it maintains its core throughout with quirky characters and their eccentric behaviors, and as always with a few pieces of classical music. I was listening to Chopin when I read this, although I probably should have listened to Il Divo or something. 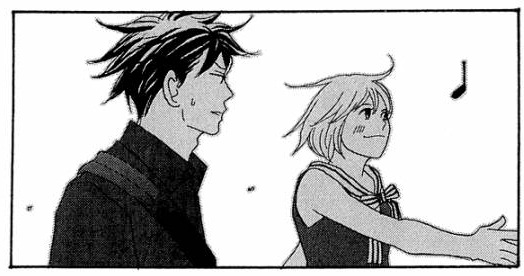 As a Nodame Cantabile fan, I’m glad that I’ve read this because it gives me the ending I had hoped for since day one. =)