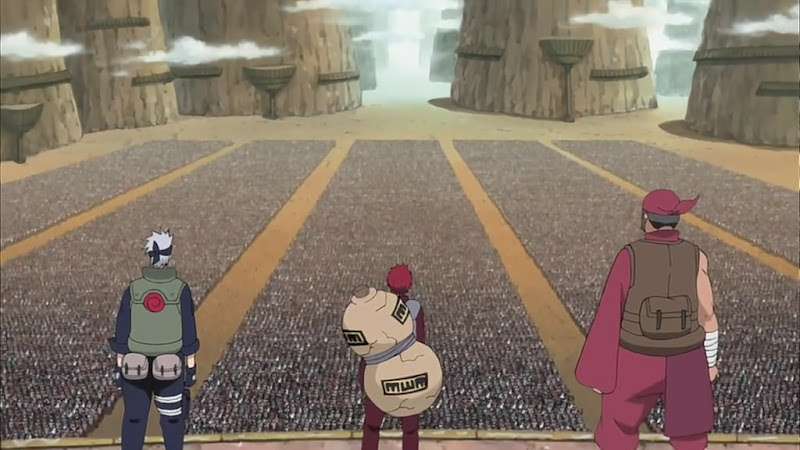 So far among all the wars I see in anime/manga world, the war in Naruto stood out. How? For starters, it is much more elaborated and the strategies were well thought-out. It’s as if Kishimoto has one hell of an experience in war. Or maybe he reads a lot about Sun Tzu. And then there was the highlighted focus on the ninjas’ personal thoughts concerning the war and their positions in it.

A war is nothing without strategies. Whichever side that fails to come up with a good strategy will ultimately lose the war. In that respect, I truly admire the Nara family, particularly Nara Shikaku, the brain behind The Fourth Shinobi World War. In spite of the chaos that’s going on at the field, he remains calm, cool and quick in developing counter-strategies. The strategic plan of Naruto’s war is interesting to watch. 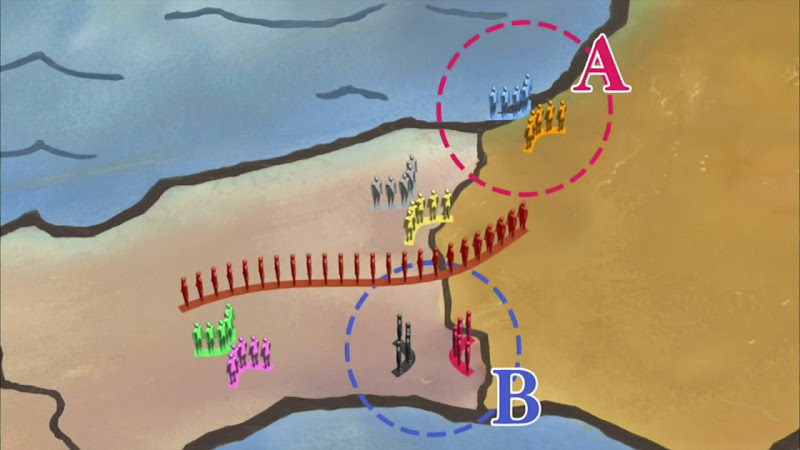 In addition to calculated decisions, the series captured the intensity of the war very well. The atmosphere held a mixture of glorious triumphant and dark, painful loss. The scale of the war was also appropriately conveyed. There were coverages on different sides (fights) in a war, and it goes to show how huge the war is. Besides, they reflected the possible inconsistency of intensity that would be in reality. For example, things were going badly in Darui’s section while Gaara‘s section has not even have a taste of blood.

When all these elements put together, I feel like I’m watching a really good war film. It helps when the music successfully complimented the emotions of the various scenes thus far. 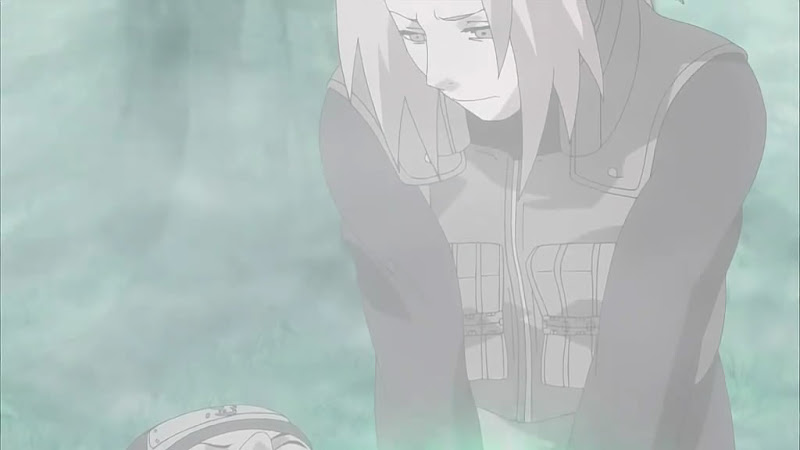 Fear of death, worry of betrayal among comrades, loss of control – these are all insecurities are are lurking inside the hearts of the level-headed ninja such as Shikamaru and Darui. Even as leaders, they lack the full trust. No one can blame them. They were enemies a few minutes before this large scale of a war begun. No one in their right mind could just change 180-degrees in terms of faith in another living being.

Despite that, they have to learn to trust in their comrades as taught by Chouza, who strongly believe in what his allies are capable of.

Besides that, Sakura highlighted a good point on deaths of comrades in wars. As a medical ninja, her job is to reduce the number of casualties and treat the injured the best why she knows how. But if she fails to do so, can’t she at least share a moment of silence with the others? There’s one part in which sadness and sorrow crept into the surviving ninja but were asked to get over it instantly and move on. And that this is war, there’s no time to weep. Are they not even allowed to mourn?

In these areas, I believe the series, or rather Kishimoto, has captured well the dark truths behind wars. 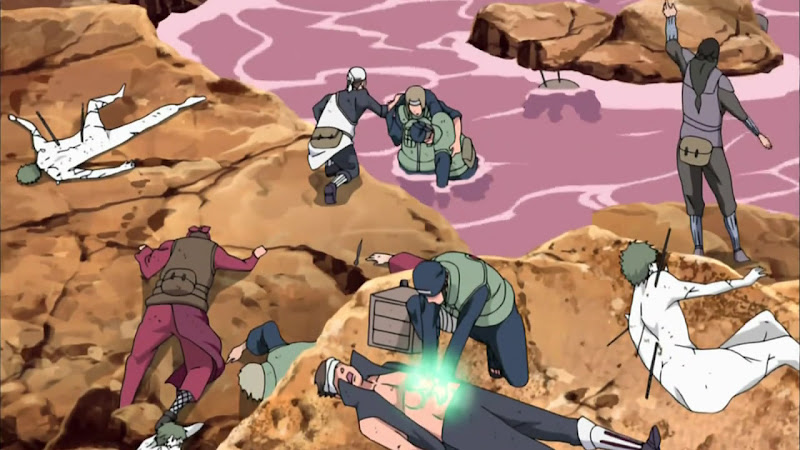 Naruto, on the other hand, had no problem giving his opponent a good punch. He’s a man of action, as in not only he wants to be at the war, in action, he takes his words seriously. He keeps to his words. Naruto’s dream of being a Hokage is no secret, and he’s living up to the expectations of those who has faith in him.

Just these two examples is good enough to show how different each ninja is. They must have their differences, but yet they’re fighting together as one.

Why I think Naruto’s war here truly stood out is because it infused the elements of what should a war be and how each participant sees it. The bigger picture is that the higher authorities or the experienced will do whatever that’s necessary to make sure their side wins. On the other hand, the younger generations struggle with personal dilemmas as they stepped out in the war zone in hope to create peace.