I had this figure with me sometime in September. It took me one month later to unbox it and then another couple of months to write a blog post about it. Oh gosh. It’s not like I have no love for this figure, it’s more like I’m busy and then I’m lazy…yeah.

Alrighty, then. Coming up is more pictures of the fierce-looking, sexy male figure Heiwajima Shizuo. Besides MegaHouse’s Roronoa Zoro (One Piece) Strong World Edition Version 2, this is the only other male figure I have. I saw this online several WonFest ago and decided I gotta have it. Striking figure! 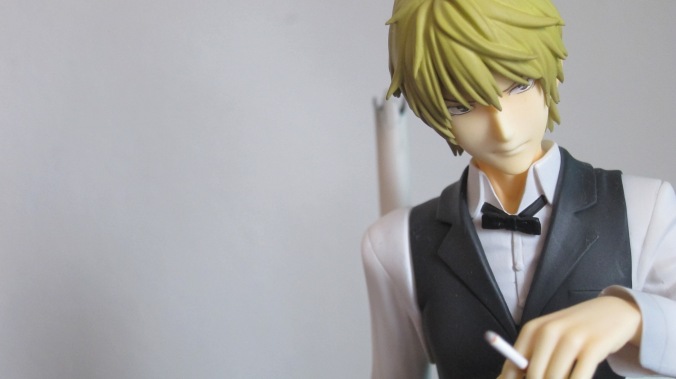 This figure is from ALTAiR. It’s figure maker Alter’s line targeted at female consumers. That also means the line consist more of Alter-quality fierce-looking male figures. Hmmm…maybe not all fierce-looking… 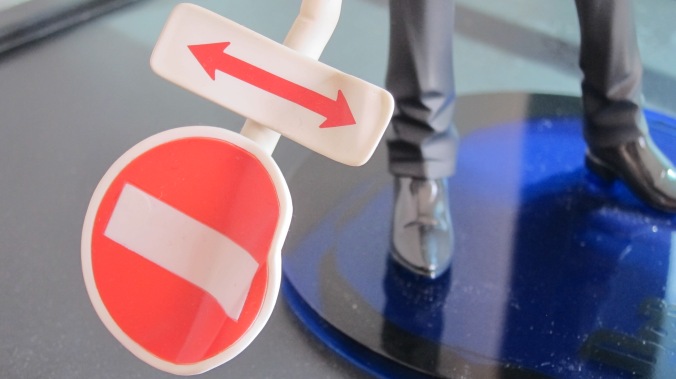 In this series, Shizuo is always seen lifting heavy objects, which are impossible for normal human beings, with his bare hands. Street signs are one of them. 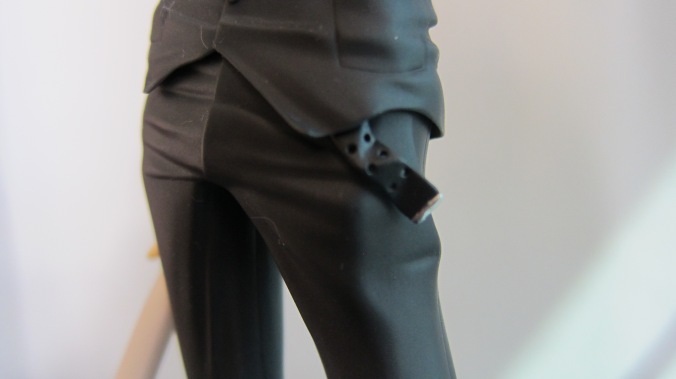 Some chips on the street sign stand. Another nice detail.

Shizuo’s hair from behind. Longish.

The shot from behind.

Nice shoes. Very polished! I wish Alter is more creative with the base. Maybe coming up with a stand with road texture?

Shizuo’s a smoker. Look at the details on the cigarette!

Figures these days always come with extra faces, arms and stuff. I tend to stick with the one I like the most for the rest of the figure life. So the extras are wasted on me. I’m not too fond of this look. This face with glasses on is another head, which I’m surprised. I thought they would just give me the glasses as an accessory.

The right arm is also an extra. Such a weird pose. 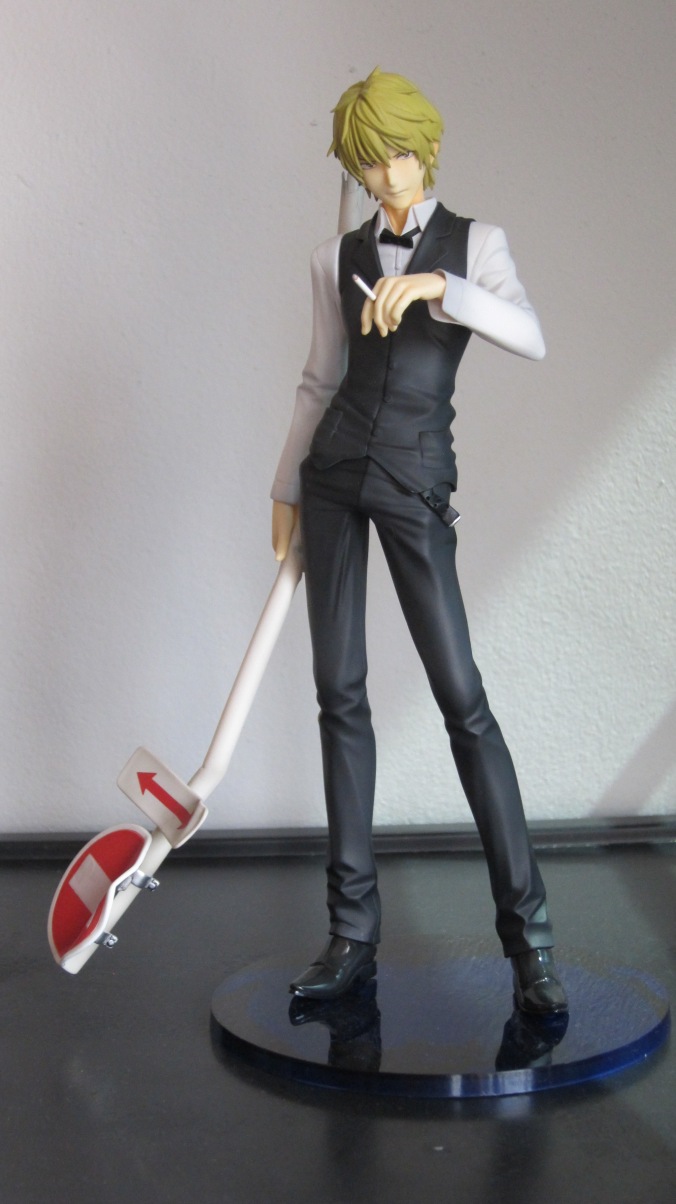 This is much better.

Any of you has a male figure too?