Let’s do something light and fun this week! I’ve seen plenty of anime in which characters don uniforms for the most part of the show. Since I’ve done a lot of “favorite” posts like favorite slice-of-life series and favorite mascots before, I thought I’ll give uniforms a shot too. The term uniform here refers to distinctive clothing worn by members of same organization, team or school. So my list doesn’t only consider school uniforms.

The criteria that determine my choices are combination of colors as well as styling. These are all about personal preferences, of course. Anyway, without further ado, here’s my favorite uniforms from 5 anime series.

I’ve watched a lot of sports anime but Haikyuu‘s orange and black made it stood out. The contrast of colors appears at all the right places, making the uniform pleasing to the eye. I like the fact that the shorts have the same contrast of color on both sides in line with the ones on the jersey. 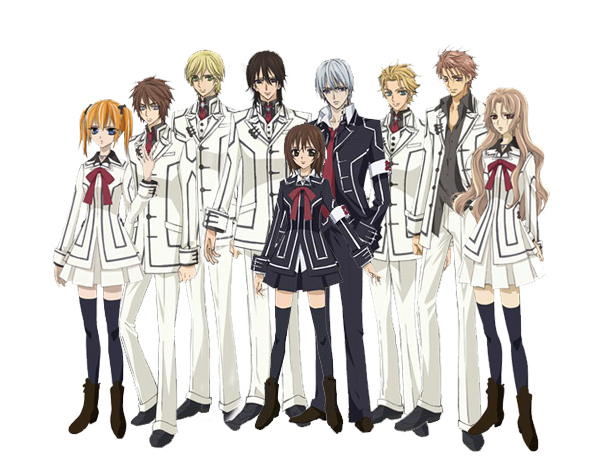 If I have to choose, I’ll say Night Class uniform stands out a bit more. However, it doesn’t matter whether it’s the Day Class uniform or Night Class uniform, Vampire Knight‘s school uniform works for me. Because in the two uniforms, they share the same combination of colors: white, black and red. I like how the lines highlight the curves for the girl uniforms too. 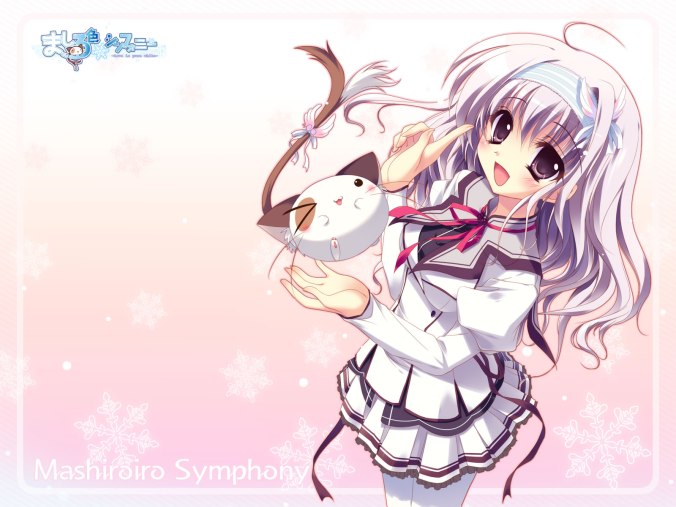 To think that I remember its name even though I only watched two episodes three years ago says a lot about the first impression Mashiro Iro Symphony‘s school uniform gave me. What I like about the uniform is its cutting, the slight shoulder puffs and laces on the skirt. The combination of white, black and red (ribbon) works for me as well, just like Vampire Knight’s.

What I like best about Shingeki no Kyojin‘s military uniform is that it’s made of midriff light brown jacket with its organization’s emblem displayed proudly on its back. With dark brown high-knee leather boots covering half of the tight white pants, the members perhaps have one of the most fashionable military wear.

I like the guy version of Persona 4‘s uniform better than the girl’s, especially how Narukami wears it. My favorite part of the uniform is how the collar pops up, covering the whole neck and some of the face. The white dotted line accentuates the cuttings too. These combinations make the uniform looks cool and casual as opposed to being a very school uniform-like.