I’m primarily an anime watcher. For the lack of a proper word, let’s use the word “watcher” for now. To further elaborate, I’m more inclined to watch the anime of any titles as long as there’s an anime version of it. I’ll be more than happy to skip reading the manga, playing the visual novel or reading the light novel. In that respect, yes, I’m more of an anime person. For readers who have been following this blog for a long time would come to realize this. After all, I mentioned it several times.

So, for me to transition from the anime to actually reading manga takes a lot of work. At least, the anime must do the original work justice. This means what was translated into an anime isn’t too far off the original work. Majority of the characteristics are still there and whatever emotions are properly conveyed through animated work.

Since I started watching anime around seven years ago, there are many titles that prompt me to read the manga. At least, for a few chapters. I read Naruto and One Piece on and off, not really following on regular basis unless there’s something super exciting going on. You know, when there’s some huge battle going on and stuff. Believe me, I’ll know it when they happen. I have my sources.

There are, however, a few titles that stick. I’ll faithfully read every new chapter that’s released. In fact so far there are three titles that successfully brought me over to the original sources: Skip Beat!, Kimi Ni Todoke and Ao Haru Ride.

It got me thinking. What prompted me to read the manga? Is it because watching anime isn’t enough? I don’t think so. My reason is probably the same as all other people. Curiosity and impatience.

Anime with on-going manga tends to stop at the most awkward places, leaving the story hanging and prompting viewers to question what happen next. For example, Skip Beat!’s anime stopped before we get to know if Tsuruga Ren really overcame the wall he had in trying to play a character in Dark Moon. It sort of bugged me a little so I went ahead read the manga. Little did I know I’ll still be reading it years later today.

Also, I get impatient with the anime’s pacing and figured out it’ll be a lot faster if I peak a little into the manga. I only do this for super long series like Naruto and One Piece. 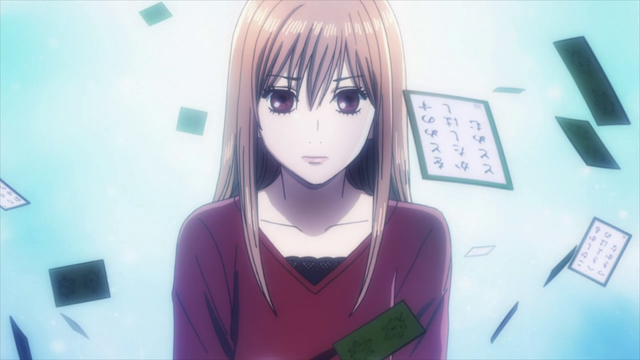 As I mentioned, a lot of titles prompted me to read the manga but not all sticks. I either stop reading the manga because I was quickly getting bored of it or lost interest halfway through. Some, I had the intention to read the manga but didn’t follow through. For example, Chihayafuru. I love the anime so much that I always wanted to read the manga now that the anime sees no sign of a third season. But the time never came. A few months later after the second season’s last episode aired, my interest started to wane.

Occasionally though for some titles, my interest is still there as I found myself catching up on the series periodically by binge read the new chapters. Or I’ll shamelessly take the shortcut: read up on wikia. Popular titles have well kept wikia pages and it’s easy to find the latest information about the story arcs. While I question the accuracy of the information published on such platform, it never stops me from going back for more.

I think I wrote that whole lot of that just to illustrate one point: for me to transition from watching the anime to reading the manga, the story has to be extra special. From the three titles that stick, one major similarity is the emotions of the manga. How well did the manga explain the internal struggles, internal thoughts and relationship dynamics between characters. I’m sucker for stories like these.

Anyway, this is mostly some observations about how I establish relationship between the anime I watch and the manga I read. Are there any titles you saw that prompt you to read original source, be it manga, light novel, etc?

16 thoughts on “From Anime To Manga”