In the spirit of revisiting old anime starting by re-watching Bleach, I continue on to attempt watching other old anime still in my possession. Let me repeat, attempt to watch.

Why attempt? Because for some series, I gave up after only watching few episodes. For other series, I continue to enjoy watching or even have a newfound understanding of what I’m watching.

I find this odd because I only keep anime I really, really like in my possession. There’s no point to keep meh titles right? They only take up space. So naturally, I thought I’ll still have that same amount of enthusiasm that I had coming into any given anime series.

In this post I’ve written ages ago, I listed five anime titles I know I’ll re-watch with the same amount of enthusiasm no matter how much time has passed. I didn’t revisit the list as often as I should have, but four years gone, the list is still somewhat valid.

Lucky Star is an anime I re-watch the most due to its slice-of-life nature. It’s also one of the anime series I watched in the earlier part of my anime fandom. There are a lot of references that I didn’t understand, but would later laughed out loud after watching whatever anime series they referenced to. This is the best part of re-watching an anime.

Other anime titles I often re-watch over the last few years are Skip Beat!, Hidamari Sketch and Nodame Cantabile. They never bore me. That’s a good thing.

Now onto the dark side.

I have fond memories of Bamboo Blade and in fact had re-watched once years ago. Having that thought in mind, I picked Bamboo Blade over the Christmas holidays last year and wanted to watch again. Lo and behold, only seven episodes into the series, I’m feeling bored. What happened? I used to enjoy the series very much.

Lovely Complex is another anime I really like and had also re-watched before, but only to recently find myself not being able to get pass the first few episodes.

Perhaps it’s due to change of preference in anime. Perhaps it’s knowing a story all too well. Needless to say, by re-watching I now have a different impression of those anime series. Now this isn’t a good thing. 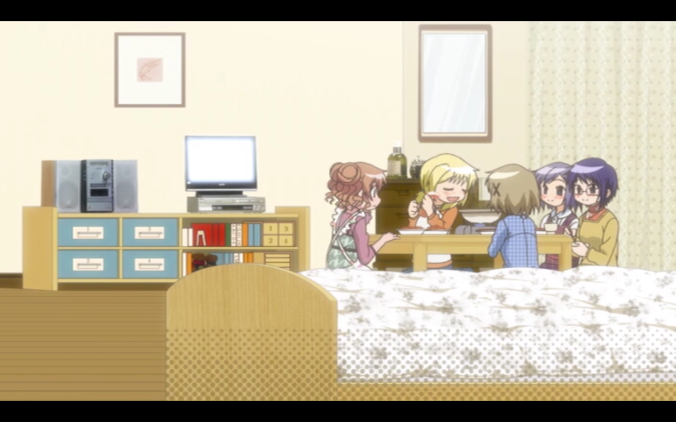 I mentioned earlier that my list is still somewhat valid because I still haven’t attempt to re-watch Kimi ni Todoke even though the manga is my all time favorite. Yes, I’m still reading the manga and yes, I’m still getting the fuwa-fuwaness from the series. Whatever that means. So should I really list Kimi ni Todoke as one of the anime I will re-watch over and over again? I don’t know. You tell me.

Honestly, I have this crazy idea of re-watching One Piece once the series ends lord knows when. At the time of writing this post, the wildly popular shounen series has 722 episodes. Perhaps I should re-think the thought to preserve the good impression, lol.

Anyway, have you guys attempted to re-watching a much loved anime series only to find out that you don’t like it as much as you think?

20 thoughts on “On Re-watching Anime”