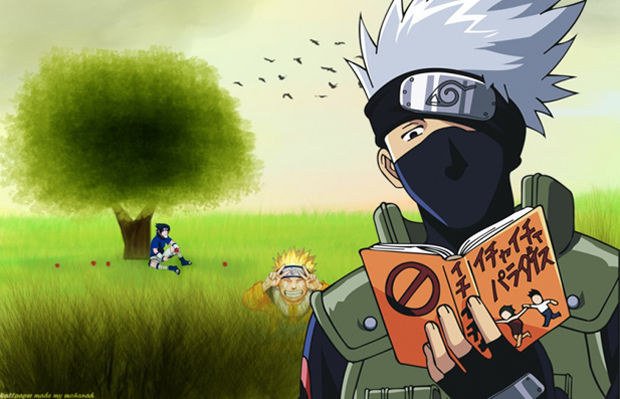 It might sound silly to some people, but I’ve seen friends and strangers alike being overly attached to fictional characters. In the context of this blog, being too attached to 2D characters from anime or manga. Maybe even games! But I seldom read or hear people complain about characters in games. I wonder why…

This thought crossed my mind every time I read or hear fans complaining about a certain tragedy that has fallen on their favorite characters. Most recently, a friend told me she was scared to read the then latest chapter (probably two weeks ago?) of Naruto because she was scared to find out what’d happened Kakashi. Apparently, our mutual friend had told her that something bad might happened to the character. I didn’t know what to say when she explained her reason. I simply kept quiet.

On the bright side, at least she wasn’t cursing or anything about bad things (might be) happening to her favorite character. I remember when Itachi (of Naruto) and Ace (of One Piece) were killed off in their respective series a long time ago, friends expressed emotions I couldn’t quite understand. Anger towards the author, disappointments towards the series, etc. Some even stop reading/watching a series. I may be shocked or sad when certain characters were killed off, but the feelings lingered only for a short while. I’ll be lying if I say I don’t feel anything at all, but I don’t harbor negative emotions.

And then, I remember hanging out with a bunch of people a long time ago. They’re friends of friends. I sat through a heated discussion in which they were debating which character is the best. I can’t remember which series they were talking about. But the whole point is, watching them comparing their favorite characters are akin to watching parents insisting that their kids are smarter. It’s pointless because we are all entitled to our own opinions, biased to things/people we like.

If I really try, I suppose it’s understandable to a certain extent why some people gets a little emotional than necessary when bad things happen to their favorite characters. After all, it’s a character they’ve been following closely for a loooong time.

On the extreme side though, in my opinion, are diehard fans celebrating birthdays of fictional characters. I’m not saying it’s wrong or even saying that it’s weird (I’m too used to seeing things like that at this point). I just don’t understand why.

It’s just a fictional character. Is there a need to get all worked up? Or am I being heartless?

30 thoughts on “On Being Too Attached To Fictional Characters”