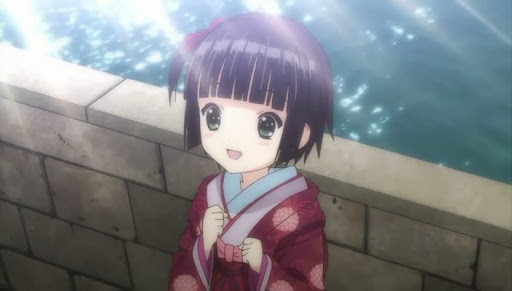 Ikoku Meiro no Croisée is an anime that features a young Japanese girl named Yune and explores her normal daily life in France during the 19th century. If anyone ask me what I think about this series, I’ll say “Yune’s a cutie, the artwork is amazing and I love the OP song plus the culture exchange between a Japanese girl and a few French”. It’s really that simple =)

And because I can sum up what I think of Ikoku Meiro no Croisée in such a few words, I decided instead of writing an afterthought I’ll jot down a few things I’ve learned from this 12 episode series.

END_OF_DOCUMENT_TOKEN_TO_BE_REPLACED

A few weeks into anime summer season, I’m seeing my to-watch list just grows insanely. It’s a bit scary since I don’t have the luxury of time to be watching everything that’s currently on my list. Of course, I have my strategy. The ones I really like I’ll watch them on weekly basis. The ones I like enough to be following but not crazy enough about them, then maybe I’ll gather a few episodes before watching them. Maybe two, three episodes? Or maybe more. I’m like ten episodes behind Hanasaku Iroha, but fear not for I shall catch up soon. I just need to buy a bag of popcorn and then wait till the weekend arrives. I hope this weekend’s weather is cool. I don’t like to marathon a series under a hot, humid weather. Note to self: buy popcorn.

END_OF_DOCUMENT_TOKEN_TO_BE_REPLACED

Soooo…Spring Anime 2011 season is coming to an end. How has it been for you? I picked up Moshidora and A Channel as planned here. Along with those two series, I picked up Hanasaku Iroha and Hidan no Aria as well. Just to let you know, I haven’t seen any of the latter two series’ episodes since the sixth episode – which is why there isn’t any Hanasaku Iroha post lately. I intend to continue with it, just thought I should gather a few more episodes first.

The other day, I was reading the Summer Anime 2011 list and have roughly decided what to follow. It has become a habit.